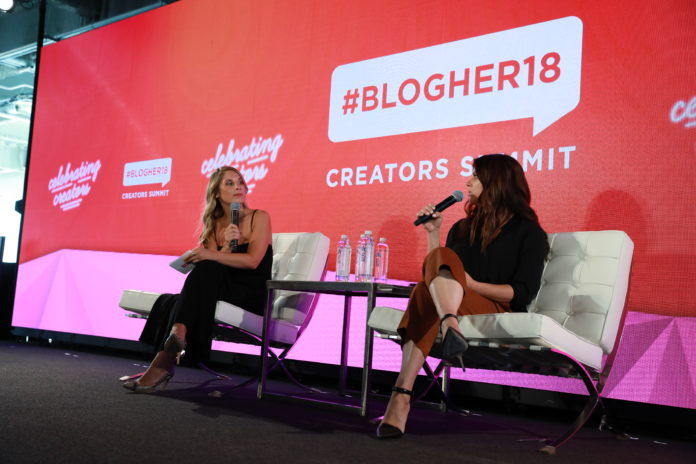 Justine Goodman, Editor-in Chief of SheKnows.com and STYLECASTER is a true rockstar, millennial, and the epitome of a successful woman that is a mover and a shaker. If you have been under a rock and have never heard of SheKnows.com or not very familiar, we are very excited to share all the great information about this media powerhouse. SheKnows.com and STYLECASTER are part of SHE Media (formerly SheKnows Media) – a global publishing company that offers female-focused content and programming, and enables a community of bloggers and social influencers to create and distribute premium content at scale. It is the largest online lifestyle community for women 25-54, with a median age of 34, attracting nearly 60 million unique visitors (comScore September 2018). As one of the fastest-growing global destinations on the web, SheKnows.com boasts a stimulating, well-rounded online experience enhanced with three-time Emmy® Award-winning videos, captivating experts, and partnerships with celebrity contributors. Recently honored by Forbes as one of the Top 100 Websites for Women and one of the Top 10 Lifestyle Sites for Women, SheKnows.com also received the OMMA Award for Web Excellence as the No. 1 site for Family, Parenting, and Women’s Interests two years in a row. 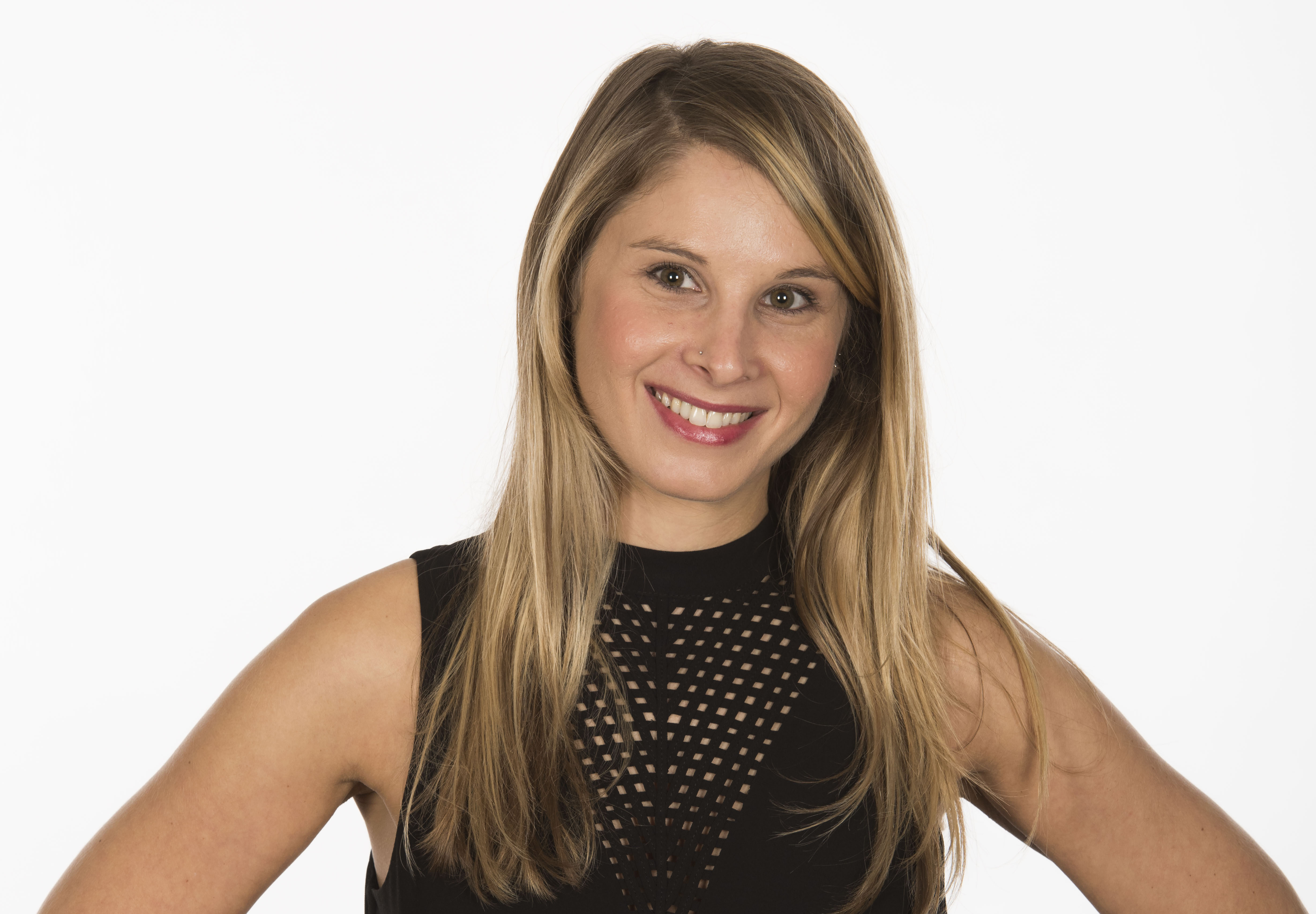 We had a very exclusive opportunity to chat with Goodman, to talk the importance of voting, SheKnows, BlogHer, and her personal journey to success in media.

MillBuzz: What is your personal take on the importance of media and voting?

Goodman: I think that media does play a critical role, and not just for millennial voting, but for everyone voting. In the sense that first with digital media, we can reach so many more people so quickly. People my age and older didn’t have this when we were just coming to age to vote. I think it shapes our fundamental understanding of the issues, and that is where it can be incredibly powerful because it’s not just a matter of informing people. Generally, it’s important to vote, and yes of course that is true, but it’s also about delivering information about specific issues that affect our lives, and the lives of people that we know, or of our loved ones in a concrete way. This is beyond just exercising our right to vote, because that is what democracy is, and it goes a little further into the issues that are most pressing for you, for example like transgender rights, gay marriage maybe, women’s rights, pro-choice rights, or rights to have an abortion. I think people may not be as receptive to the general messaging as they are to specific things that they can apply to their own lives. I think that some of the media stories that may not directly be about the election, still come into play if you care about those things, or care about protecting your rights, your mother’s or daughter’s rights, or son’s or brother’s rights, or anyone. It’s important to understand that these things matter, and I think that several of our last most recent elections shows how important every vote is. I think increasingly we are also seeing that media offers a point of view, and not just straight reporting, the way it used to be as the norm, although it still is, and we still need that objective reporting. But more and more news organizations and at least segments of those organizations are offering a perspective or point of view that is important to helping to inform the electorate. I think it ties in with voting even when there is not an election, for example people who were outraged and disgusted over the Kavanaugh hearings. They may not have had the opportunity to vote on whether to confirm him, but they do get to exercise their opinion when they vote for their own representatives and decide who they are going to support to represent them going forward.

MillBuzz: Let’s talk a little bit about SheKnows, the millennial audience, and how you all appeal to them.

Goodman: SheKnows tends to think of ourselves of speaking to a young mom audience, and that includes millennials for sure, and although we are not overtly political in most of our content, and not doing straight hard news when reporting, it’s sort of the same thing we were just discussing, that we put everything through this lens, of being female forward, progressive, pro-choice, and body positive. We do cover certain issues as they relate to that audience and that broader mission whether its gender equality, sexual assault and all the things that have been visible to the world lately. We do cover those angles, and our goal with that content is to inform our readers and much in the same way to make sure that they are thinking of those issues and how they are directly affected by them. I think examples of how we do that generally speaking is, if there is a vote about appealing Obamacare, that in and of itself is not a story for us, but when it comes down to the impact that it might have on women’s healthcare, and access to safe and fast abortions, and those types of things, like access to birth control and paid family leave, those things do become a story for us. We talk about the impact of those things so that we can educate and inspire our audience to take a stand and play an active role in the political process to that end.

MillBuzz: We know BlogHer Health is coming up in January 2019. Tell us a little more about why this conference is unlike any other.

Goodman: It’s always the core competent of the conference to be diverse in all ways, not just in terms of attendees, but the speakers who are featured on the stage. I think for the summit we had about 42% of attendees who were women of color, and a higher percentage for the speakers at 48%, so that is something that is deliberate on our part. We think the same way for our site, which is focused on diversity and inclusivity, that is also reflected on the programing that we bring through the conference. We make sure that we are not just speaking to one segment of women, and that all women feel like the programing speaks to them. That is something that we are proud of and always will be a core part of the brand, that is essentially a rule. We always commit to at least 40% women of color representation on stage at every conference, and that is something we are very proud of. Some of the speakers for the upcoming conference are Alyssa Milano, Angela Davis, Catherine McCord, and CeCe Olisa to name a few.

MillBuzz: Becoming successful in the media industry is hard work, share with us your personal journey to becoming Editor-in-Chief for SheKnows.com.

Goodman: In college I majored in philosophy and thought I was going to go to law school, as my whole family was in the legal realm. I realized I wasn’t going to do that. I graduated from Brown in 2005 and came home and realized a lot of philosophy companies weren’t hiring. I ended up working in print media and started as a copyeditor, which was a good way to get my foot in the door at a print magazine, which was a small by-monthly here in New York. I went after everything I could, and the first story that really got me a more significant role was with Andy Samberg who at the time had just started on SNL and wasn’t particularly well known. I met him at an event and asked him if I could do an interview with him. I then pitched that to the magazine I was working at, and they offered me a job. I worked there for two years and it was great. I got to do a ton of celebrity interviews, I got to travel and go to shoots, and do things I probably wouldn’t have been able to do at a bigger magazine. From there I went to digital. I was working at site called city search where I was a nightlife editor, and I worked my way up there over the next few years as a senior editor which was my first role into management. I was there for several years. I freelanced both writing and editing, and then went to Conde Nast where I was also working on the website, and from there I moved to maxim.com, and after that I moved over to women’s media to Refinery29. I held a couple of different jobs there, and was there for shy of three years, and I made the jump to SheKnows. It’s funny because sometimes the whole who you know thing can be frustrating for those who don’t already have an “in” in this industry. This was certainly true for many of the people that I worked with and me, but less about who you know when you are getting started, and more about the connections you forge once you are in media, whether you are an intern or contributor. People do remember you and staying in touch with the people that you meet along the way is important. Sometimes its circumstance and sometimes its just going for it like going for the job you are fearful that you are not qualified for. The worse that can happen is that you don’t get it and you are no worse off than where you are. With our male counterparts, it’s very little that they will say oh maybe I’m not ready for this. They will just go for it and the I think the message that my own career path has and that we try to foster among women who may be reading our content or trying to break into a new industry is that you just go for it, you kind of fake it until you make it, and then you do make it and you might be surprised that you are able to excel as quickly as you might, and that you do learn along the way. There’s nothing wrong with that. I think you probably are never at a point where you’re like now I’m fully ready for this when it comes to making a jump to a new opportunity, but you will rise to the challenge. Here at SheKnows, we have a very supportive environment for all our employees, and I think people really feel encouraged and strive for the next level. This has been an incredible place for me to be able to do that.

Be sure to check out SheKnows.com and follow them on their social media channels.

3 Tips for Millennial Solopreneurs on Making Their First Hires

Nike Campaign and Their Support of Colin Kaepernick and Serena Williams