Polygamy or not? That is the question. For many, this practice is taboo, outdated, and quite frankly an irrational concept, but to others, it can be looked at as their norm. According to the GALLUP, in 2016 14% of Americans said polygamy is morally acceptable compared to the 17% who said it is morally acceptable in 2017. It’s safe to say this practice as being accepted morally, is on the rise. 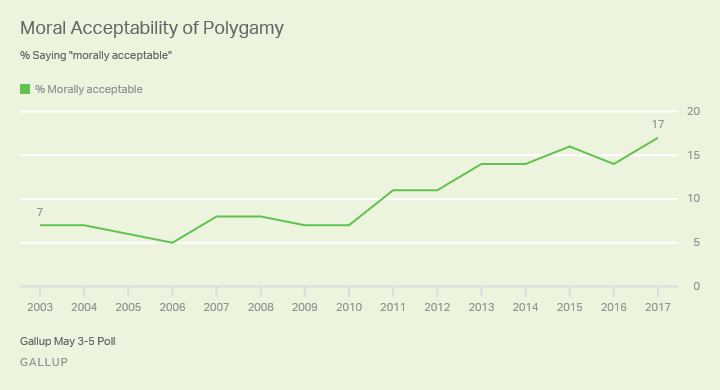 Briana Cole’s latest novel, The Wives We Play will make you question your expectations about love, lust, and monogamy. There’s a scene in The Wives We Play where Kimera Davis has just received a proposal for marriage. She is standing in awe looking back between the man and the ring. Anxious smiles and even a few phones pointed in their direction to capture the moment. She is frozen in embarrassment with a collection of curse words already gathered on her tongue. What the hell did he think he was doing? Her lover is a married man, and his first wife is present for the occasion.

With The Wives We Play, releasing on December 18th, Cole touches on a somewhat taboo topic in the relationship space, especially among millennials, that has been covered across national news including OWN, The Today Show, Vice, and Psychology Today — polygamy, the practice or custom of having more than one wife or husband at the same time. In part one of the author’s Unconditional series with Kensington Books, Cole focuses on polygyny, a man with multiple simultaneous wives. “I want to entertain readers by giving them a fresh outlook on romance through an unconventional marriage.”

We wanted to give our MillBuzzers an exclusive sneak peek. Enjoy an excerpt from The Wives We Play.

“Kimmy.” Leo pulled me back to the present and I again looked from him to the ring box he held in his outstretched hand. His wife, Tina, watched me closely, and it made me nervous as heck when she remained quiet and expressionless. She had drawn back the privacy curtain and now the entire ordeal was on public display like a Lifetime movie. I could feel a multitude of eyes from the restaurant patrons zeroed in on our little “romantic” scene. Anxious smiles and even a few phones were pointed in our direction to capture this moment. And here I was, frozen in embarrassment with a collection of curse words already gathered on my tongue. What the hell did he think he was doing?

“I want you to be in my life forever,” Leo poured on the charm at my continued silence. “Marry me, Kimmy.”

I knew my next move was about to be on some classic Cinderella stuff, but I no longer cared about the audience. Or the appearance. Unable to do anything else, I turned on my heel and half ran toward the exit. I was slowed down by having to dart and weave through the maze of occupied tables and nearly stumbling in my six-inch stilettos. Anger propelled me forward, and I pushed through the glass door and inhaled the crisp night air.

The vibrant roar of downtown Atlanta traffic greeted me, and I welcomed the noisy relief. After the stunned silence, I needed the chaos to drown the confusion. What the hell was Leo thinking? First, he invites me and his wife to dinner tonight, only to propose with her standing right there? Looking on like this was completely normal. Who the hell proposes to the side chick?

Shocked, I turned back toward the building. I surely hadn’t expected Tina to come after me. But there she was, seemingly gliding in my direction like she was in New York Fashion Week. I had noticed before that she was just average looking. The kind of Plain Jane face that didn’t really give definition toward the pretty side or the ugly side but teeter-tottered somewhere in the middle, despite the makeup. Yet the diamonds that glittered from her fingers, ears, and neck had her moving with cocky arrogance like she was above any and everybody. I didn’t like her.

“Kimmy,” she called again as if I weren’t looking right at her.

I rolled my eyes. “Kimera,” I corrected with a frown. “You don’t know me like that.”

She smirked, and her warm chocolate complexion appeared to glow with the attitude. “You have been sleeping with my husband for about eight months now. Trust me. I do know you like that.” She took a step in my direction, apparently trying to see if I was going to storm off, but curiosity had me planted on the pavement. She closed the distance between us, and I could smell her Flower Bomb perfume permeating in the air. Well, to be honest, I couldn’t tell if it was hers or mine, because Leo had bought me the exact same fragrance. What were these people into?

“What do you want?” I asked when she made no move to speak.

“I just want you to come back inside,” she said. “Accept the proposal. Leo is serious.”

“Did he send you out here to come get me? Seriously? His wife to come beg another woman to marry her husband? What kind of mess is that?”

Tina blew out a frustrated breath. “He was afraid that I may have been the reason you declined his offer.”

“That’s why I wanted you to hear it from me. You both have my blessing. I don’t want to stand in your way.”

I was so confused. I felt the beginnings of a headache throbbing at my temples. This was baffling me.

“So wait. Are you two divorcing or something? And why the hell are you so cool with this?”

“Divorcing? Who? Me and Leo?” Tina let out a snarky chuckle. “Girl, no. ’Til death do us part. I will always be Mrs. Owusu. But I am willing to share with you.”

“Share? Your husband? Haven’t you been doing that for the past few months?”

Now Tina’s smile was genuinely humorous. “Touché. But now I’m offering you a chance to make it official. Because at the end of the day, what do you have to show for it? Some jewelry and some furniture in that raggedy room in your parents’ house?”

A fresh swell of anger had me tightening my fist; the urge to punch this chick in the jaw was overwhelming. Tina clearly sensed my intentions and held up her hands in mock surrender. “No offense,” she said, though her tone was clearly one of an offensive nature. “I just mean that being the woman on the side only gets you so many benefits. You want to be the temp all your life, or you trying to actually get hired permanently?”

I was fed up. The crap she was spewing was absurd, not to mention unbelievable. How did they really expect to pull this off? And why? Where was Leo, and why had he sent his wife to handle this ridiculous sales pitch?

“Y’all idiots are crazy and deserve each other,” I mumbled. “Leave me alone.” I was already turning and marching up the sidewalk.

“No, you’re the idiot if you don’t take him up on this offer,” she called to my back. “I suggest you think about it and we’ll be in touch with the details.”

I kept walking. Since when did logic make me an idiot? And what the hell was there to think about? The certainty in her voice had me quickening my steps, even as her words continued to reverberate. 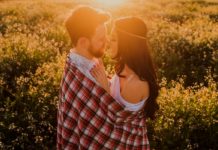 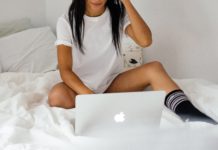 Marvel Universe Live! Is an Event That You and Your Family...

Getting Over Versus Moving On