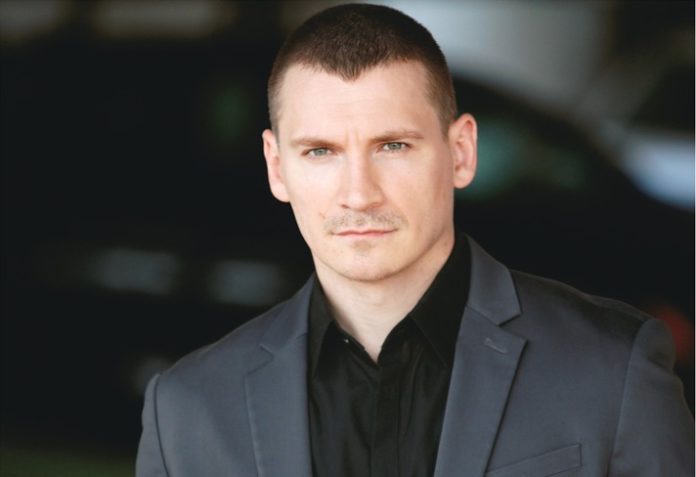 Kazy Tauginas is a star on the rise and on the right track to a successful career. At the young age of 23 he bought a 24-hour diner and fought there when a director came to film a ketchup commercial for a contest, and needed an actor last minute. A real-life boxer, he coped with the stress of being a small business owner in the ring, competing in thirteen amateur bouts. In Tauginas’ award-winning short film Standing Eight, he plays a boxer fighting against a diagnosis of systemic Lupus. On screen he’s tracked down bad guys in Law and Order, gone after the good guys in Blue Bloods, and acted in other hit shows such as the Person of Interest, Blindspot, Law & Order: Special Victims Unit, Sneaky Pete, The Good Cop, the movie John Wick, and others. He’s also gone head-to-head with Denzel Washington in Equalizer 2. The mentality of a boxer and an athlete trained to get the job done, is evident in his career trajectory. The way he strives to create art is what propels him to be better and better every day.

We had an exclusive opportunity to chat with Tauginas and dive deep in conversation about his career and what he has been up to:

MillBuzz: You started out as a restaurateur and Golden Gloves boxer before graduating from the New York Film Academy, what inspired you to begin your acting career?

Tauginas: I kind of just fell into the restaurant business. I had just graduated from the University of Delaware, and I knew that I wanted to own my own business. I was working at this 24-hour diner at the time, and the owner was exhausted. Of course, at that time I was 23, had no money, but he offered to finance, and we worked it out. I ended up taking over the diner at 23. Unfortunately, when the lease was up, the landlord wanted to double the rent and it forced me to a fork in the road, and I had to decide what path I was going to take.

About two years before I had to close the place, I had a couple of filmmakers use the diner to shoot a commercial for a Heinz Ketchup contest. They had an actor drop out at the last second, and they turned to me and asked, “Hey would you be interested in filling in for this guy? We just need a body to do these things.” It was beating someone up or whatever, and I had boxed, so they knew I could do it. After they shot, the director walked over to me and said, “You’re good, you should be an actor.” When I got put in this position, where I was basically forced to walk away from my business, instead of getting down about it, I saw it as an opportunity for me to restart, and that acting comment stayed in my head.

MillBuzz: What are the skills and abilities you developed in your prior career that have helped you succeed in your acting career?

Tauginas: When I let the restaurant go and I decided to start acting, it wasn’t an experiment. It was 100 percent this is my career path. There was no turning back. Coming from a place where I was the boss, I knew that no one was going to do this for me. This was going to come from my efforts. I had already put a ton of work into that restaurant. I’d had days where I worked doubles, done what I had to do, working sixteen hours, and sleeping on the couch in the office, that sort of thing. So, I had never been afraid of hard work. But in the acting entertainment world, it’s not only working hard, but also working smart. Even in school I was treating it like a business. I kept that mentality, that hunger to want to grow, that hunger to do better.

MillBuzz: You’ve been in some amazing films. What has been your favorite role thus far and why?

Tauginas: Equalizer 2 was a huge opportunity for me. When I found out I got cast in that film, I dropped to my knees because I couldn’t put it into words. At the time I was working in a restaurant waiting tables. Melissa Leo spoke at the New York Film Academy while I was there, and now we worked on the same film. That was huge. Working on set with Denzel Washington, probably one of the most recognizable faces in the world; it becomes surreal. Being able to work with Antoine Fuqua the director, was the high point of that experience since I’ve been a huge fan of his films since the Replacement Killer when I was a teenager.

MillBuzz: You wrote the award-winning short film Standing Eight which will be released on Amazon later this year. What can we expect from this film?

Tauginas: I wanted to produce something that carried meaning. The whole project has been blood, sweat, and tears. Standing Eight is a story about a boxer who gets diagnosed with systemic lupus, and my mother has systemic lupus. This was not a project for fun, but something that I feel could do some good in the world. Through every step of that film, I put my heart and soul into everything, and being able to finally share that project with everyone. It’s a project not just to entertain but to educate, which has been incredible.

MillBuzz: Has your mom seen it yet? If so, what was her reaction?

Tauginas: She saw the festival cut that we released and was one of the first people that I showed the festival cut to. It was emotional. She thanked me with tears in her eyes. My father was there, I was there, and it was a beautiful family moment. When I saw her reaction, I knew that we had done the right thing and that we had told the right story.

MillBuzz: You’ve chosen a notoriously difficult and creative path, what has been the biggest challenge in your acting career?

Tauginas: The biggest struggle for me has been being patient. There is no set path in this business, there are steps that you can take, things that every actor should do, but your trajectory is hard to navigate. The name of the game is rejection. At my best I get maybe 1 out of every 25 auditions. Every year slowly gets better, but it is hard because you want things to move faster than they do, and you get frustrated, and sometimes you must put your pride on the shelf and get a part time gig. You’ve got to take care of yourself. What do you bring to the world? You bring yourself to the world. You might not be able to control the world, but you can control yourself and know that you’re working, and you’re moving forward. I follow @MakingMindset on Instagram, and they had a quote the other day, “Slow progress is still progress.”