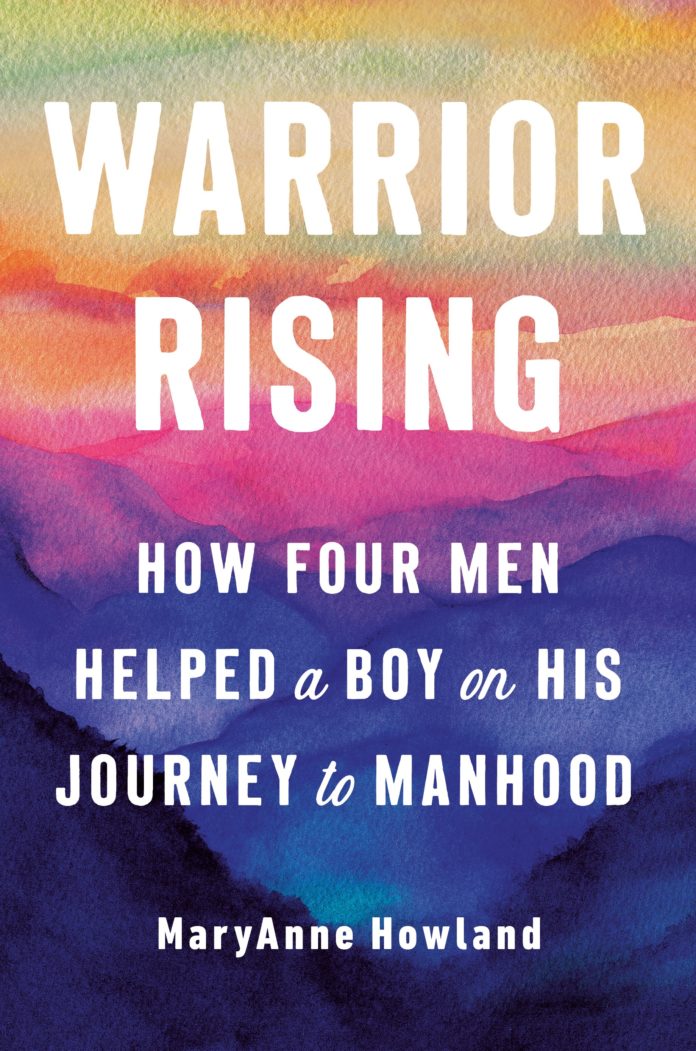 Using the Jewish Bar Mitzvah as a template, MaryAnne Howland created a “Black Mitzvah” as a rite of passage for her son and recruited a reliable circle of men to prepare Max for adulthood.

Excerpted from WARRIOR RISING: How Four Men Helped a Boy on His Journey to Manhood © MaryAnne Howland, 2020. Reprinted by permission of the publisher, TarcherPerigee. Available wherever books are sold.

Over the course of the six years of his Black Mitzvah, Max traveled to Dallas, New York, Chicago, Miami, and Hawaii to spend time one- on- one with each mentor, on their own time and dime, giving him an opportunity to see and experience them as men of honor and warriors in their own lives. Each visit provided Max with a window to the world of manhood and an open door with unlimited access to the wisdom and counsel of the tribe.

His first trip was to Dallas to spend Labor Day weekend with Uncle Lawrence at his annual backyard barbecue with the boys. The full shebang includes a gathering of two generations of men, including his brothers, son, nephews, and cousins, plus a friend or two. It usually involves three days of grilling barbecue, trash talking, watching sports, and whatever else men do when they are “feeling themselves” with no ladies around. That was Max’s first experience of a testosterone-  filled weekend of male camaraderie, and he came back a little more nuanced and sure of himself than he was before he left.

What goes on in the men’s circle stays within the circle, so I never know the details of weekends with Uncle Lawrence. When Max returned home from his first trip into the conclave of men, the only thing I had to go by was the new vernacular he’d picked up and the subtle changes in his attitude. When he came home and greeted me at the door with, “Yo, blood!” I heard my brother all over again. We both laughed and hugged. I missed both of them. Max also seemed to stand a little taller and be a bit more appreciative of Mom.

“I think you grew a lot,” I told him. I had to ask him to pick up his clothes and put the dishes in the sink less often. I even heard the words “Thank you, ma’am,” more often.

There were some things that I did get direct feedback about. These were selective tidbits that each mentor would impart to me based on his own determination that it would be helpful for me to know and that we could all build on it together to help Max in some meaningful way.

Uncle Lawrence gave me one tidbit that was a blockbuster revelation adding a whole new dimension to how to maximize Max’s potential.

“Max is quite the athlete,” he said.

Wait. What? An athlete? Neither before or after his hamstring surgery had Max ever picked up, thrown, kicked, tossed, or hit a ball. It was just not his thing. He didn’t run, jump, or swim. I could never have expected what he would say next.

“Max has one particular gift that defines who he is and why he will be successful,” he told me. “Yeah, I saw it when we were all hanging out in the pool.”

“In the pool?” I was totally blown away. This made absolutely no sense.

After two years of swim therapy when he was a toddler, where he learned to be comfortable in the water, Max had developed his tremendous fear of it after an incident at a birthday pool party with his preschool friends. While playing, one of the other kids pushed him into the deep end, and the shock of a forced entry made him forget everything he learned and he quickly went under. He took water in his nose and his mouth, and his body stiffened like a rock as he sank to the bottom. He had to be rescued. The parents of the little boy who pushed him into the pool called me to tell me what happened. I was visiting friends nearby at the time, so I was able to get there in a shot. I found him crying so hard, snot mixed with water from the pool was running out his nose. Though I held him hard to calm him and soothe his broken spirit, Max shivered for hours, and he never recovered from the trauma. It was one of the early blows to his self- confidence. To this day, if you can even get him in it, he is still the last one in the shallow end and first one out. It was a dangerous precedent that led to his reticence to dive into a new experience or a new challenge, and reinforced his trust issues.

In Uncle Lawrence’s backyard, the pool is usually the center of activity on a hot summer weekend. While everyone else was diving in and out of the cool water, he observed that Max chose to stay perched in a chair under an umbrella beside the pool. Max projected himself into the banter to command attention from the sideline, dictating the play- by- play action.

“Hey, James, let me see you do a cannonball! Melvin, pull up your pants. Nobody wants to see that!” Max funned.

It was here that Max showed his role as a natural leader, large and in charge. Uncle Lawrence concluded that Max may not be a physical athlete, but that “he’s a social athlete. He might be the LeBron James of the sport of conversation.”

It was truly an aha moment. 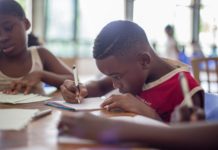 The One Tip Parents Can Use for Keeping Kids Busy at Home with Dr. Sheila Nazarian 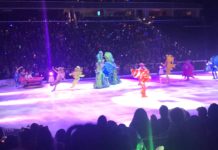